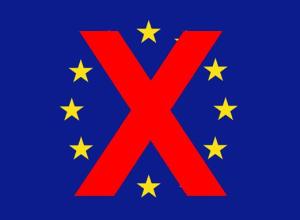 I had a conversation with a virulently eurosceptic Brit recently (one of many). I’ve had similar conversations with Daily Mail reader types – the sort of people who claim things along the lines of “political correctness has run amok, the country’s going down the drain, immigrant paedophile junkies are roaming our streets etc” – and in these cases, I smile politely and try to make a hasty retreat. This eurosceptic, on the other hand, was bright, open-minded and well-read, so surely ripe for conversion?!

To cut a very long story short, the notions of pooled sovereignty, interdependence as a means to maintain peace etc had absolutely no effect on him. And when I ummed and aahed when he asked me whether it was really true that France was holding the EU hostage over agricultural policy, I thought he really was a lost cause. However, I eventually came up with two last-gasp arguments which he lapped up and which I’d advise all europhiles to use on British eurosceptics.

First was my mention of the euromyths section on the website of the European Commission Representation in the UK, which contains scores of untruths reported by the British media, demonstrating the tactics used by pretty much all national papers apart from the Guardian in their reporting. These tactics range from outright lying, to taking a regulation and finding the most preposterous application for it (even though the regulation is NOT intended for that purpose AT ALL), to passing off something done by another European body/European country/international organisation, then misrepresenting it AND saying the EU is responsible, even if it has absolutely no affiliation to the other body in question. My eurosceptic friend was understandably astonished that the media would misrepresent the truth to this extent, and promised that he’d read up on euromyths and take reports on supposedly scandalous activities of the EU with a pinch of salt in future.

Second, was my assertion that the UK is actually very well represented in Brussels, which came as a great surprise to my eurosceptic friend, as Brits are obviously so focused on the misplaced notion that the EU is all about giving away power to faceless foreign bureaucrats. When told that, in actual fact, plenty of Brits occupy major posts in important Directorates-General at the European Commission; that many British MEPs are very active and head important committees; and most of all, that the lobbying industry, from consultancies, to in-house, to NGOs and trade associations, have an utterly disproportionate number of Brits at the helm, he seemed headed for conversion.

I have not spoken to my eurosceptic friend since, and he may very well in retrospect have thought I was speaking absolute cobblers. Nonetheless, I’ll be trying out these arguments again.

2 thoughts on “Converting a Eurosceptic? A glimmer of hope”

I am a partner at Rud Pedersen Public Affairs in Brussels, where I lead on strategic communications and campaigning. Here, I mostly write about the intersection of public affairs and communications.